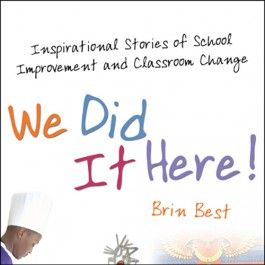 Brin has been working in and around schools for 15 years and has taught at every age range from primary school right up to university masters level.

He began his career as a secondary school teacher, and soon found himself as head of geography at Settle High School & Community College, situated in the heart of the Yorkshire Dales. Following lots of hard work, his department and students received a number of prestigious awards. He also had a role as a development officer at this school, leading fundraising and marketing activities.

His next move was into advisory work in another part of Yorkshire, Barnsley, a town that has suffered from considerable social disadvantage. Here he was a gifted and talented coordinator for a local education authority, arranging high quality teaching, learning and enrichment for young people and overseeing a £1.5 million budget. This was similar to being an advisory teacher for schools, but also involved project management and advocacy work on behalf of gifted and talented pupils.

Brin then became independent when he set up my company Innovation for Education Ltd, of which he is still the director. He now works with hundreds of schools every year in a support capacity as well as leading training courses and writing books and articles for teachers and school leaders. He has chaired several national conferences on education themes and is a regular speaker at high profile events across the country. He recently featured in a series of professional development films for Teachers' TV. He has also been the editor of various professional periodicals, including School Financial Management, which he edited for seven years.

Brin is really proud to be one of the few education consultants whose work has been shortlisted three times in the National Educational Resources Awards. The Teachers' Pocketbooks series, for which he was the co-originator as well as having written six titles in the series, won this prestigious award in 2005.

His twenty-fifth book, on Cost-effective Fundraising in Schools, was published in 2011. His books are widely sold across Europe, North America, Asia and Australasia and his Accelerated Learning Pocketbook has recently been published in the Slovak language.

Creativity and the exciting possibilities of change permeate all of Brin's work. He believes that children and young people are capable of amazing things if we give them the tools and the emotional support they need to reach their potential.

To enquire about booking Brin Best to speak at your event, please email us at books@crownhouse.co.uk 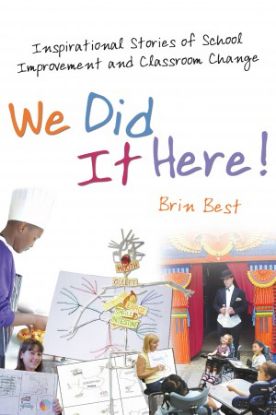 We Did it Here!