Dave Ellis is a leadership and life coach, author, educator, and philanthropist. His first book Becoming a Master Student, currently in its thirteenth edition, continues to be the bestselling college textbook in America for over 20 years. In addition to this book, he has authored and co-authored seven others including Life Coaching, Falling Awake, and Creating Your Future. He also wrote a booklet titled - Becoming a Master Teacher'.

Dave Ellis is a respected lecturer and workshop leader who has reached audiences worldwide since first sharing his principles in 1979. He has coached national and international nonprofit leaders, social entrepreneurs, philanthropists, an NBA coach, and a Nobel Peace Prize winner. Through his workshops and books, he has helped over five million people create a more wonderful life.

Dave got started in education in 1976 when he taught junior high school maths. After getting a Masters Degree in Mathematics, he taught computer science for six years at National American University. He also served as Assistant Dean of Student Services and President of the college. In 1979 he designed a course to improve student retention and then travelled the country for a decade conducting workshops for teachers on ways to improve student retention and test scores. He began training coaches in 1983 and started a public course for coaches in 1993.

To enquire about booking Dave Ellis to speak at your event, please email us at books@crownhouse.co.uk 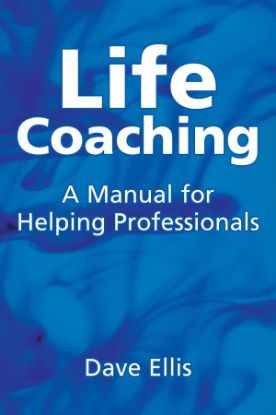 A manual for helping professionals