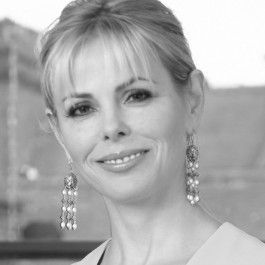 Julia Stephenson is a journalist and author. For many years she wrote the Green Goddess column in the Independent, which detailed her struggle to turn her Chelsea flat into the first carbon neutral dwelling in Sloane Square. She has since sold her flat and now lives the good life in a 27 acre wildlife sanctuary near Guildford from where she is running a dog sanctuary, primarily to rehabilitate and rehome abused Romanian dogs. She hasn't given up on the green dream and by 2015 anticipated that the sanctuary would be running mainly on renewable energy. She is particularly excited about her new methane digester which is able to transform the many tons of dog poo, currently carted off at great expense by Surrey County Council, into electricity. When life at the sanctuary becomes too much she likes to escape to her pied-a-terre in Parsons Green, leaving things in the capable hands of her boyfriend-on-a-short-fuse and her second in command, Bagdat, the Boudicca of the dog rescue world, who is currently camping in the annexe.

Julia is currently writing a book about the ups and downs of her life in dog rescue.

To enquire about booking Julia Stephenson to speak at your event, please email us at books@crownhouse.co.uk 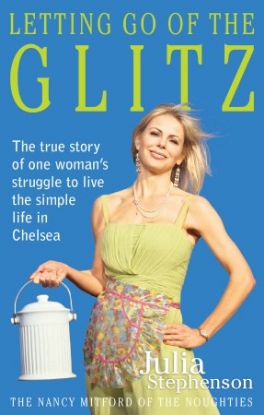 Letting Go of the Glitz